Meet the editors, readers, and interns whose work—from discovering up-and-coming authors to assembling engaging new issues—makes MQR the vibrant journal it is today.

Khaled Mattawa is the author of four books of poetry, Tocqueville (New Issues Press, 2010), Amorisco (Ausable Press, 2008), Zodiac of Echoes (Ausable Press, 2003), and Ismailia Eclipse (Sheep Meadow Press, 1996). He is also the author of Mahmoud Darwish: The Poet’s Art and His Nation, a critical study of the great Palestinian poet Mahmoud Darwish, published by Syracuse University Press. He has translated nine books of contemporary Arabic poetry by Adonis, Saadi Youssef, Fadhil Al-Azzawi, Hatif Janabi, Maram Al-Massri, Joumana Haddad, Amjad Nasser, and Iman Mersal. Mattawa has co-edited two anthologies of Arab American literature. Mattawa has been awarded the Academy of American Poet’s Fellowship Prize, the PEN-American Center award for poetry translation, a Guggenheim fellowship, the Alfred Hodder fellowship from Princeton University, an NEA translation grant, and three Pushcart prizes. His poems have appeared in Poetry, The Kenyon Review, Antioch Review, Best American Poetry, and many other journals and anthologies. Mattawa was born in Benghazi, Libya and immigrated to the United States in his teens.

Katie Willingham is the author of Unlikely Designs (University of Chicago Press, 2017). She earned her MFA from the Helen Zell Writers’ Program where she was the recipient of a Hopwood Award in Poetry, a Theodore Roethke Prize, and a Nicholas Delbanco Thesis Prize. You can find her poems in such journals as Kenyon Review, Bennington Review, Poem-A-Day, Third Coast, West Branch, Grist, and others. She has taught both composition and creative writing at the University of Michigan. She lives in Brooklyn, NY.

Polly Rosenwaike’s story collection, Look How Happy I’m Making You, was published by Doubleday in 2019. Her fiction has appeared in the O. Henry Prize Stories, Glimmer Train, New York Magazine’s The Cut, Colorado Review, New England Review, and other journals. Book reviews and essays have appeared in the New York Times Book Review, the San Francisco Chronicle, The Millions, Lit Hub, and Dame Magazine. She currently works as a freelance editor in Ann Arbor.

On what kind of submissions she’s looking for:“Literature contains more intimacy than life,” Lorrie Moore said. I’m looking for stories and essays that draw the reader into an intimate relationship with a voice, a consciousness—that give us characters who feel particular and alive. I want to laugh, and cry, and marvel at how the writer has managed to capture truths big and small.

Aaron J. Stone is a PhD candidate in English Language and Literature at the University of Michigan and the James A. Winn Graduate Student Fellow at the U-M Institute for the Humanities for 2020-21. Their primary research interests span queer and trans studies, modernist studies, and narrative theory. Stone’s dissertation project, Desires for Form, explores the social crisis of form that nascent queer communities faced in early twentieth-century America as queer people tried to imagine what shapes their lives might take. The project investigates how these subjects turned to narrative to work out their desires for form. Stone has also written a chapter for the edited collection The Cultural Impact of RuPaul’s Drag Race: Why Are We All Gagging?, forthcoming from Intellect Books in 2021.

Suzi F. Garcia is the author of the chapbook, Dear Dorothy: A Home Grown Fairytale (Skull + Wind Press, 2020). She holds an MFA in Creative Writing with minors in Screen Cultures and Gender Studies. Suzi is an Executive Editor at Noemi Press, and she currently serves as the CantoMundo Regional Chair for the Midwest. Her writing has been featured or is forthcoming from POETRY, Georgia Review, Fence Magazine, and more. You can find her on Twitter at @SuziG.

H.R. Webster is a poet and educator from New England. She holds a BA from Vassar College and an MFA from the Helen Zell Writers’ Program at the University of Michigan. Webster has received fellowships from the Fine Arts Work Center in Provincetown, the Vermont Studio Center, Art Farm, and InsideOut Detroit Literary Arts. She has served as Assistant Editor of the Michigan Review of Prisoner Creative Writing and helped launch the Poetry Beyond Bars Summer Writing Intensive for Incarcerated Writers. She has taught writing in prisons, secondary schools, museums, and colleges around New England and the Midwest, and currently teaches at the University of Michigan. Her work has appeared in Massachusetts Review, Poetry, Ecotone, Black Warrior Review, Seattle Review, Ninth Letter, and other journals.

Bryan Byrdlong is a Haitian/African-American writer from Chicago, Illinois.  He is currently an MFA candidate in poetry at the Helen Zell Writers’ Program and received his BA in English/Creative Writing from Vanderbilt University. At Vanderbilt, he was the co-recipient of the Merrill Moore Award for Poetry upon graduation. His work has appeared in the Nashville Review and Heavy Feather Review. He is presently writing poems about Chicago and zombies. You can find him on Instagram at @b___rye.   You can find a travel narrative and a review from Bryan at MQR Online.

Michael M. Weinstein’s poetry, essays, and translations have appeared in The New Yorker, Boston Review, Conjunctions, The Kenyon Review, and elsewhere. A recipient of grants from the Bread Loaf School of English and the Fulbright Foundation, among others, he holds a Ph.D. in English from Harvard and most recently taught classes in American, British, and Russian literatures at Yale University. He is currently an MFA candidate in the Helen Zell Writers’ Program at the University of Michigan. A “Why I Chose It” from Michael and his Review and Interview with Aby Kaupang and Matthew Cooperman are available on MQR Online

Joumana Altallal is an Iraqi-Lebanese writer and Zell Fellow in Poetry at the University of Michigan’s Helen Zell Writers’ Program. She works with Citywide Poets to lead a weekly after-school poetry session for high school students in Metro-Detroit. Her works appears in Glass Poetry, Kweli Journal, Mud Season Review, and Bayou Magazine, among others. She has received fellowships from the Bread Loaf Environmental Writers’ Conference, Napa Valley Writer’s Conference, and the Radius for Arab American Writers. You can find Joumana on Twitter @joualt.

Afarin Allabakhshizadeh was born in the Khūzestān Province of Iran and raised in Texas. They studied English, Creative Writing, and Human Rights & Social Justice at the University of Texas at Austin. They are currently an MFA candidate in fiction at the Helen Zell Writers’ Program.

Julie Cadman-Kim is a writer from the Pacific Northwest. Her work has appeared in The Cincinnati Review, Black Warrior Review, Barren Magazine, The Sonora Review, and elsewhere. She lives in Ann Arbor with her family while she pursues her MFA at the University of Michigan’s Helen Zell Writers’ Program. You can learn more about her writing at juliecadman-kim.com.

David Freeman is a poet from Long Lake, MN. His work has appeared in The Kenyon Review Online, Prairie Schooner, The Massachusetts Review, and others. He is the recipient of the Gianni Luschei Award in Poetry and his work has been nominated for the Best of the Net 2019 Anthology. He is currently an MFA Candidate in poetry at the Helen Zell Writers’ Program. More information can be found at www.davidefreeman.com

Connor Greer is an MFA candidate in fiction at the University of Michigan. He grew up in Rochester, NY and lived, until recently, in Portland, OR, where he attended Reed College. He often has trouble sleeping, but sometimes it goes the other way around.

Urvi Kumbhat holds a BA from the University of Chicago and is currently an MFA candidate at the Helen Zell Writers’ Program. Her work appears in The Margins, Glass: A Journal of Poetry, Apogee, Protean Magazine, and other publications. She grew up in Calcutta. You can find her on Twitter and Instagram @curvi_k

Abigail McFee is a poet and Nebraska transplant. She holds a BA in English from Tufts University, where she worked after graduation as editor-in-chief of the Tufts Admissions magazine. She was selected as first runner-up for the Spoon River Poetry Review Editors’ Prize. An MFA candidate in Poetry at the Helen Zell Writers’ Program, her current project asks how the interiority of human beings (particularly women) can be understood through landscapes. You can find her on Instagram @abbymcfee and Twitter @abigail_mcfee.

Caroline New is a poet and visual artist from Bainbridge, Georgia. She is currently an MFA candidate in poetry at the Helen Zell Writer’s Program and holds a BFA in Anthropology from Davidson College. Her ethnographic research has focused on collective memory and generational trauma, and her poetry confronts environmental change, ancestral culpability, and motherhood in the rural South. Recently, she published Tantely Tapa-Bata, a collection of poems and essays by students in Madagascar. More info can be found at www.carolineharpernew.com

Catherine Valdez is a Dominican-American writer hailing from Miami, FL. She received her BA from Columbia University where she majored in psychology and creative writing. She is currently an MFA candidate in poetry in the Helen Zell Writers’ Program. Her chapbook, Imperial Debris in Quisqueya and Beyond, is the winner of the NFSPS ‘s 2018 Florence Khan Award. She is also the recipient of the 2018 Woodbery Prize in poetry.

Tahani Almujahid is a rising junior from Dearborn, MI, studying English and International Studies. On campus, Tahani has written for the Michigan Journal of International Affairs, Michigan Daily, and Writer to Writer. She has also served on the e-board for Xylem, which gave her insight to the world of literary publishing. She is excited to further delve into the work behind a magazine by being a part of the MQR team!

Dylan Gilbert is a poet from Ann Arbor, Michigan. She received her BA from University of Michigan in 2021 where she double majored in Film, Television, and Media and English with a sub-concentration in Creative Writing. Dylan is a recipient of a Hopwood Award in Undergraduate Poetry, a Hopwood award in Underclassmen Poetry, The Roy W. Cowden Memorial fellowship, and several Caldwell Awards in Poetry. Her work will soon be published in University College London’s Panacea Review and she will continue her studies in poetry at the MFA writing program at Columbia University in the Fall of 2021.

Lillian Pearce is a rising sophomore from Richmond, MI. She is in the Residential College and studies both the Romance Languages and Literatures and Creative Writing. On-campus, she is a Daily Arts writer for the Michigan Daily. You can find her latest pieces here. She is thrilled to be part of the MQR team as their UROP student this year!

Sam Small is a fiction writer and music critic hailing from Troy, MI. She received her BA from The University of Michigan in 2021 where she majored in creative writing and music. Sam has worked for numerous publications including The Michigan Daily, Talkhouse, Consequence of Sound, Under the Radar Magazine, and Spectrum Culture. Her other skills include playing Guitar Hero’s “Through the Fire and Flames” on expert, exclusively sporting mixed-matched socks and a god-given talent for throwing elbows in a mosh pit. 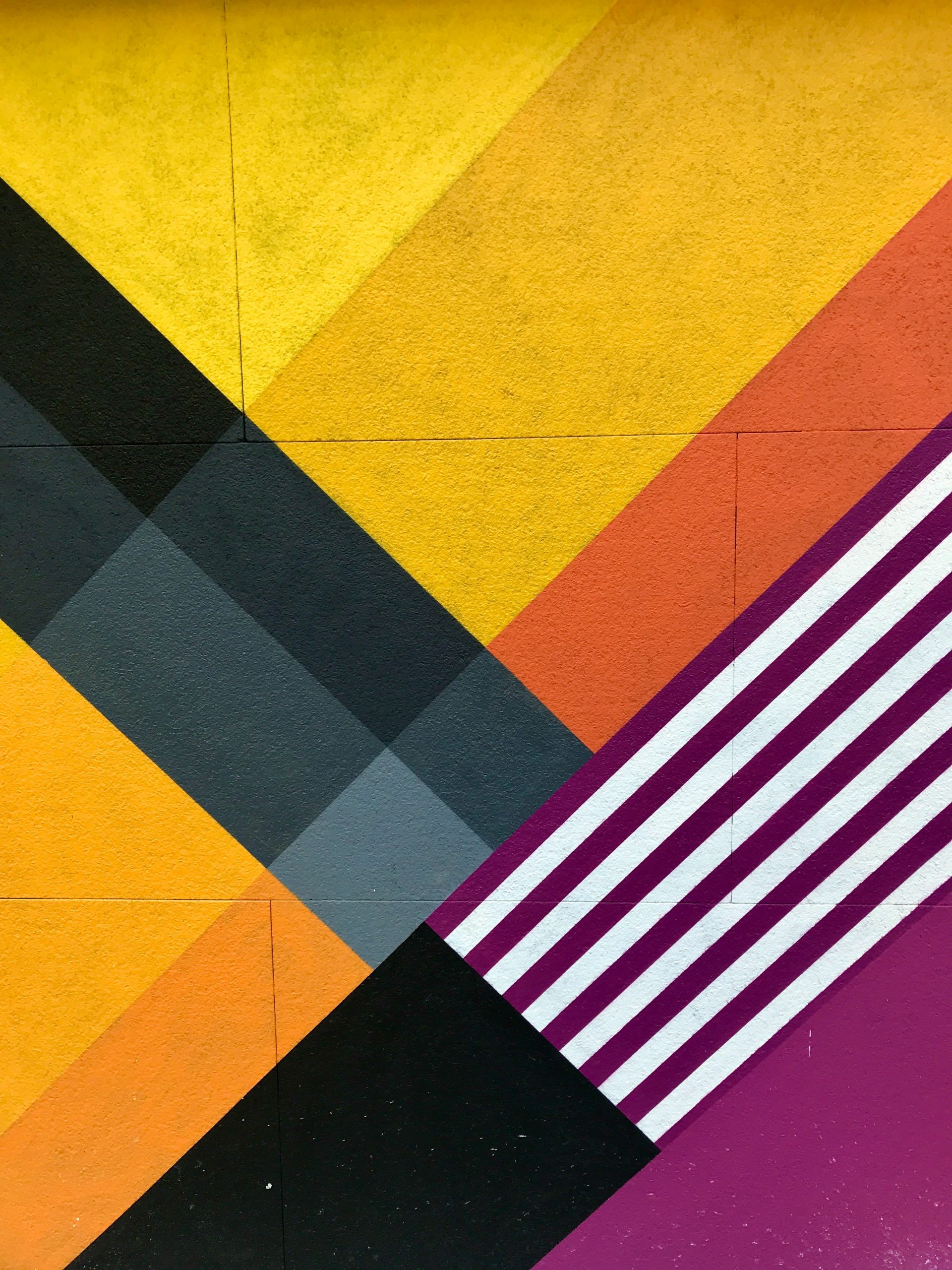 Please consider donating to MQR to support our work.