I sometimes think of this one Jack Spicer line, from a letter he wrote in 1957 to Federico García Lorca: A poet is a time mechanic not an embalmer.

Spicer corresponded with Lorca as he worked on translations of the Spanish poet’s work, and in this letter, elaborates on some temporal preoccupations. “[W]ords must be led across time,” Spicer writes, noting how language can pass into the archaic, “not preserved against it.” I like how his brief letter suggests that the work of writing is both creating transportive events (time machines), and leading language itself “across time.” Even paper correspondence, like Spicer’s, gets marked by one time and place but is bound to a sense of future-elsewhere. Reading and writing invite this play, a flexible temporality. A poet is a time mechanic not an embalmer.

For some this pandemic year has been waiting, solitude, immobility. For many, a year of heightened activity, physical and emotional marathons of protest, labor, care, and loss. Regardless, time’s shapes and textures feel primary. This…time, we say to one another, with exhausted emphasis.

Questions about how time stretches or collapses on the page arose often as I read the pieces in MQR’s 60th Anniversary Issue. The idea of an anniversary itself is a form of time travel, a day that slips back and forth among the intervening years. As I worked on these Lifting the Page lesson plans, I centered questioning and emulations, hoping to invite educators and young writers into conversation with the writers and texts in these pages. I did my best to imagine myself – and each reader – entering a crowded room of writers and translators, ghost and living, time mechanics all. 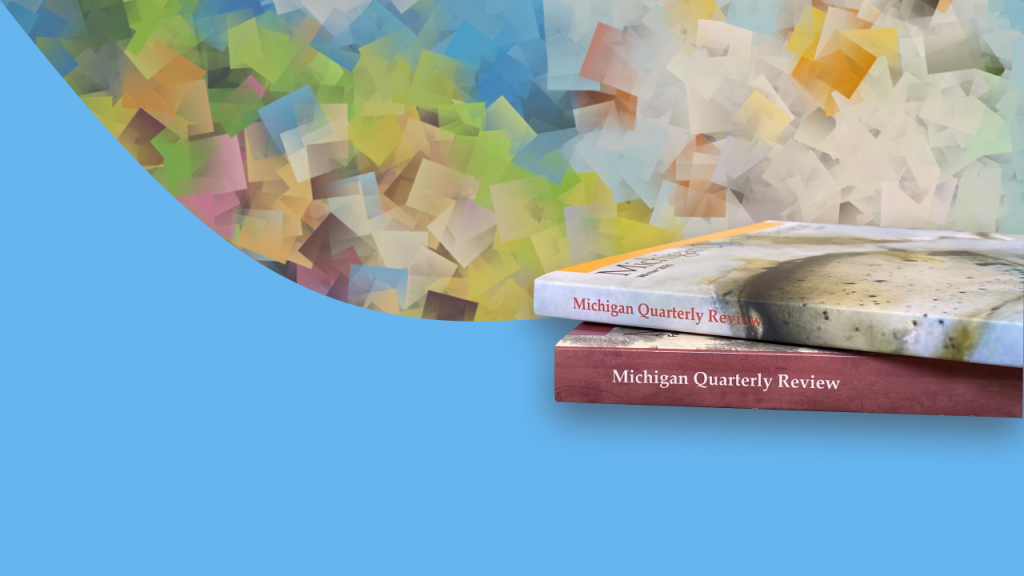