One summer in Hawai’i, John Hawkes and I taught writing seminars in adjoining classrooms. I told my students: Don’t worry about form; write any old thing, and it will naturally take shape. It will be a classical shape-a sonnet, an essay, a novel, a short story, a play-of its own accord. Do you think that Petrarch cooked up fourteen lines and an abbaabbacdcdcd rhyme scheme capriciously? After stating a problem, the human mind inevitably mulls on it, looks at its complexities, and comes to a new understanding. At its most efficient, the mind does this in fourteen lines, and when the resolution is especially neat, it makes a couplet. Like a computer program, a sonnet is one of the natural patterns of the brain. And iambic pentameter is the normal rhythm of the English language. I told the students to copy and tack over their desks some advice from Lew Welch:

Write about any old thing that has been obsessing you for years, then step back and see what shape the words are tending toward; then use that recognizable structure for guidance as you rewrite. For example, if some of the lines are iambic tetrameter with a syllable left over, see what happens if you push the line out another half a foot. Maybe there will be a concomitant extending of thought. Or shorten the line and see if you like the closer, thicker effect. You short story writers, sustain a scene for one more page; the characters may have to perform a culminating deed, and the scene then must yield its drama.

Meanwhile, in John Hawkes’s seminar, I imagined wonderful goings on. Better goings on. In college, my husband and I had written a series of papers on Hawkes’s The Beetle Leg, The Blood Oranges, The Cannibal, The Lime Twig, and Second Skin. And I had just read Travesty in preparation for meeting Hawkes. He must be telling his students miraculous things that I didn’t dare fool with. That I didn’t even know about. While I dealt with form, he must be counselling imaginations. I could almost hear him speaking like the narrator in Travesty: “Imagined life is more exhilarating than remembered life.” In Italics. Repeating. “Imagined life is more exhilarating than remembered life.”

Somewhere there still must be

Her face not seen, her voice not heard.

I picture John Hawkes listening to students’ lives, their loves, figuring out how to strengthen them, probing at sources of power. Helping people find bottomless pitchers of cream and the other sides of walls.

Every time I have taught a class or a workshop, the most forbidding student in there has been somebody who signs up for the course because she’s “blocked.” That summer, there was again such a woman. It’s always a woman, and she is always too nicely dressed. I tried talking her into switching from my course to John Hawkes’s, but she wouldn’t go. It was too late anyway; she’d already handed me her IBM card, which I’d turned in to the office. Also, it was at the last of the course that she admitted to being “blocked.” Like other troubled writers in previous classes, she had shown me work she had done years ago, and fooled me. If I come across such a woman again, I will pretend to be John Hawkes and tell her to wear wanton dresses and to brush her hair more loosely. Then I am going to tell her that what’s wrong with her is that she believes that a writer only exposes lives-when what a writer really does is imagine lives. To imagine a life means to take such an interest in someone that you suppose about him. You conjecture about him. You care what he eats and about whatever he is doing. “Stands he or sits he? Or does he walk? Or is he on his horse?”

“But-,” says the “blocked” lady, who begins too many of her sentences with “but.” “But I don’t have a problem with romantic fantasizing.” No, her problem is in the real world, and it is with real people. Each one of my “blocked” ladies has said she can’t write because she is afraid of hurting her friends and relatives. “What does your mother think about your book?” she keeps asking me. “What does your father think?” Well, like everybody else of my generation who majored in English, I was trained in the New Criticism, and I didn’t like that kind of question.

All right. To make your mother and your scandalous friends read about themselves and still like you, you have to be very cunning, very crafty. Don’t commit yourself. Don’t be pinned down. Give many versions of events. Tell the most flattering motives. Say: “Of course, it couldn’t have been money that she was after.” In The Woman Warrior, my mother-book, the No Name Woman might have been raped; she might have had a love affair; she might have been “a wild woman, and kept rollicking company. Imagining her free with sex…” Imagining many lives for her made me feel free. I have so much freedom in telling about her, I’m almost free even from writing itself, and therefore obeying my mother, who said, “Don’t tell.”

The blocks that my father put in my way took more craftiness to break than my mother’s. A consequence for my mentioning immigration papers could be his deportation. The Immigration and Naturalization Service demands consistency in the life story of a China Man. So, in my father-book, China Men, I used the very techniques that the men developed over a hundred years. They made themselves citizens of this country by telling American versions of their lives. My father has three or four stories about how he happens to be in America in spite of the Exclusion Laws and history and common sense. In “The Father from China,” the illegal father sailed to Cuba, where he had his friends nail him up in a crate to stow away to New York Harbor. The last sentence of that story goes like this: “Of course, my father could not have come that way. He came a legal way.” The legal father landed at the immigration station on Angel Island, where the imprisoned men wrote poems on the walls. They spent their time memorizing stories to tell at hearings. Some even had paper and wood models of the village they had supposedly come from so that all the people from that village could describe it the same way. Those who bought papers from American citizens memorized other men’s lives.

In a third story, my father was born here. If you’re born in America, you’re automatically a citizen. So, my grandfather ran out of the San Francisco Earthquake and Fire with a newborn baby in his arms. It was a magical birth since my grandmother was in China at the time. Coincidentally, this happened when the San Francisco Hall of Records burned to the ground. That means that everyone who wants a birth certificate can say, “All records of my birth were burned in the San Francisco Earthquake and Fire.” “Every China Man was reborn out of that fire an American.”

A fourth way that my father is legal is that his father had bought for a bag of Sierra gold a Citizenship Paper from a Citizenship Judge. So, we are Americans many times over. Even more times over: The brothers in Vietnam got top security clearances.

You see how people have imaginations out of necessity. I didn’t have to make up ways for telling immigration stories.

My father doesn’t say, “Don’t tell.” He doesn’t say much at all. The way to end the silence he gave me was to write this sentence: “I’ll tell you what I suppose from your silences and few words, and you can tell me that I’m mistaken.” You may use that sentence yourself if you like. Copy it down and see what comes next.

My father is answering me by writing poems and commentary in the margins of my books. The pirated translations have wide margins. Writing commentary is a traditional Chinese literary form. You can break reader’s block by writing well.

Yes, the imagined life is so exhilarating that householders go in quest of new lands-the Gold Mountain and China. The Gold Mountain is a land of gold-cobbled streets, and it is also a country with no war and no taxes; it is governed by women. Most of us are here in America today because somebody in our families imagined the Gold Mountain vividly enough to come looking for it. I guess most people think they’ve found it, and “Gold Mountain” is synonomous with “United States of America.” But we aren’t peaceful; taxes are due the day after tomorrow; and women aren’t in charge. You see how much work we have ahead of us-we still have that country to find, and we still have its stories to tell. Maybe those “blocked” ladies don’t know: There is work that belongs to all of us, and they can’t quit… 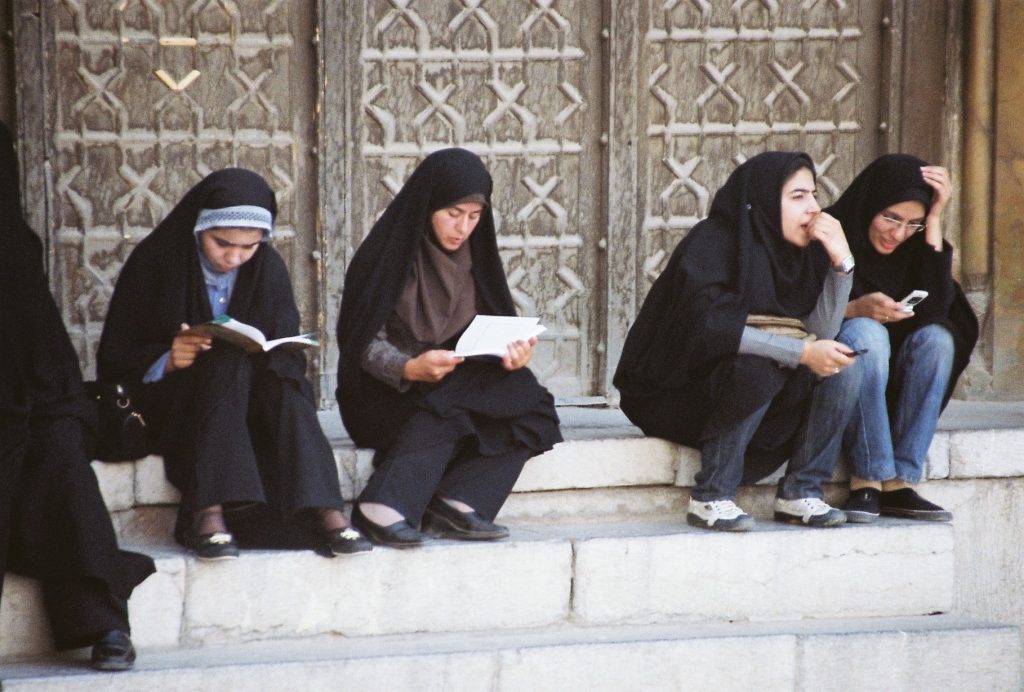 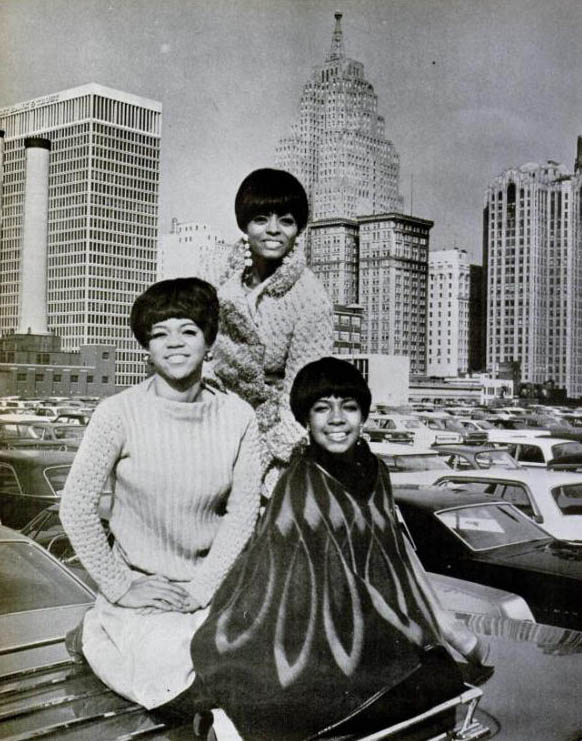 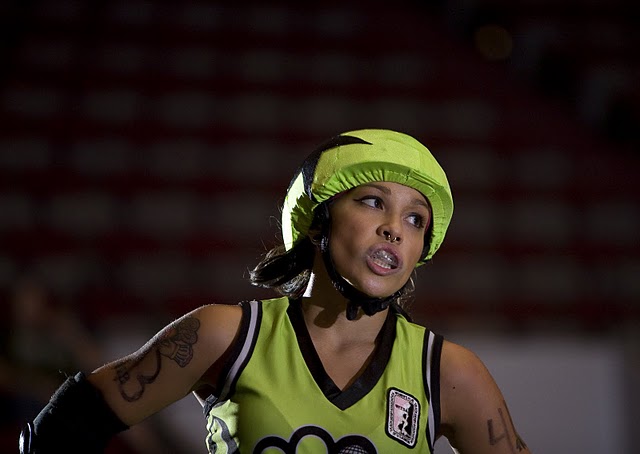